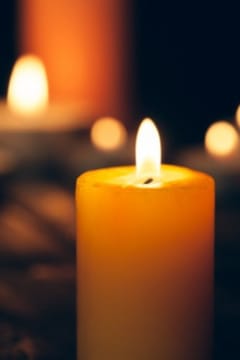 Chesapeake- Christopher Scott Castellano, 37 of Chesapeake, VA passed away at his home on May 18, 2021. Chris was born in Roanoke, VA on April 30, 1984 to Janet Castellano and Anthony Castellano. He was raised by his mother, alongside his cousins, and attended Great Bridge High School in Chesapeake, VA.

Chris is survived by his mother Janet Y. Castellano of Chesapeake, VA, his father Anthony L. Castellano of Tampa, FL, two half-sisters Makenzie and Izabella of Tampa, FL, and his two children eight-year-old daughter Camryn Alise Castellano and ten-year-old son Caleb Michael Manheim; as well as a large family located in Virginia and North Carolina including two uncles, two aunts, thirteen cousins and countless friends who were like family to him. Chris also left behind his four-legged best friend, Cricket, an American Pitbull who he spent a lot of time training unique commands to, including turning on lights, closing doors, and ballerina dancing.

After High School at age seventeen, Chris began learning his trade in masonry work, which would one day turn into his passion. In 2007 he started his own business, Eagle Masonry and Concrete (EMAC), which specialized in everything from decorative concrete, slate, stone, and glass block. Chris was a creative and outside of the box thinker. He found joy in helping families turn their homes into their custom oasis. While owning and operating EMAC he did countless jobs throughout the Tidewater area, leaving his mark in stone here on earth, and in the hearts of everyone who met him. When not working Chris enjoyed riding four wheelers, paintball, traveling, and spear fishing with his family and friends.

Outside of owning and operating a successful business, another one of Chris’s biggest accomplishments was being a father to his two children, Camryn and Caleb. He enjoyed teaching them different math games and tricks, while finding new ways to feed their growth and curiosity for this world. They spent much of their time outdoors and often went on hikes, sharing adventures and creating everlasting moments with each other. Chris’s legacy is in his children, hidden within all those happy memories he shared with them and the love he showed them. “A father’s love still travels on after he’s gone. A treasure hidden in the hearts of his children.” – John Green

Chris was a friend to all and knew no stranger he would go above and beyond to put a smile on someone’s face and try to brighten their day. Always willing to help a friend, offer advice, or just be there for support. Many of Chris’s friends were more like family to him, creating bonds beyond the mortal world. “A true friend is never truly gone, their spirit lives on in the memories of those who loved them.” - Anonymous

Family, friends, and others whose lives Chris has touched are invited to attend his service at Oman’s Funeral Home located at 653 Cedar Road in Chesapeake, VA at 1:00pm on Saturday May 29, 2021. 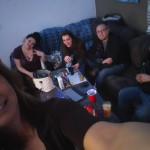 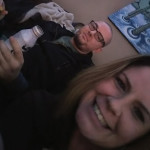 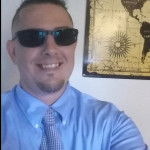 Your an unforgettable person. It was good to know you and I'm honored to have had the opportunity to call you my friend. You were always so kind and thoughtful. Rest your soul now, Love you Chris...
- Heather Joyner

Offer words of sympathy and comfort, share a memory or light a candle.