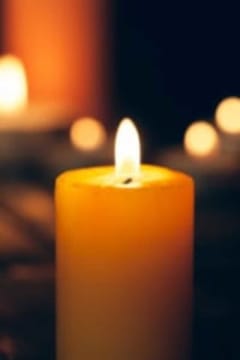 On Tuesday, July 26th, 2022, Leonard Augustus Lipscomb Jr. was called home at the age of 74. The world has lost a great Son, Brother and most importantly Father & Grand Father.

Leonard, most affectionately known as Lip, Lenny, Doc, Boo, Daddy & Pop-Pop, was born in Hampton, Virginia on July 2nd, 1948. His family later relocated to the Philadelphia, Pennsylvania area where he graduated from Overbrook High School, class of 1966. Leonard was a skilled Master Mechanic out of high school, but was soon drafted into the US Army, where he served a very short 3mos of service and was later medically discharged.

In 1973 he met and married Carolyn Cable and moved back to Hampton, Virginia as one of the area’s first black Master Mechanics, employed at JC Penny. From this union the family grew to include Carolyn’s young son, Chaun Miller, and soon announced the birth of their daughter Erin Jessica Lipscomb in 1974.

If you asked Leonard, his greatest accomplishments were not his 24yrs of
Mechanics, 9yrs of CDL adventures, 12yrs of Military Cooking nor 74yrs of fish tails. It was very simply being a father & Grand Father to 2 beautiful girls.

A private memorial gathering will be in place for Leonard’s immediate family & closest of friends. Invite however is extended to all who would like to share their final thoughts and condolences during the scattering of his ashes on Saturday, August 27th, 2022, at 6:30pm. Location: Diascund Creek Reservoir 2nd bridge off Rt. 627 (North Waterside Drive) Lanexa, VA 23089.

“God grant that I may catch a fish so big that even I when speaking of it afterwards will have no need to lie”.